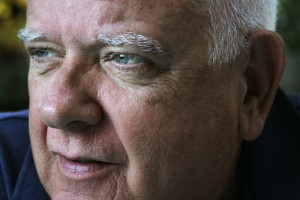 As the population of older Americans continues to grow at a historic rate, issues that impact the elderly are now taking center stage in the American conscious. One of the most worrisome of those issues is the Alzheimer’s crisis. The prevalence of Alzheimer’s disease appears to be increasing right along with the increase in seniors in America. Whether you are nearing your “Golden Years” yourself, or you have a loved one who is, you undoubtedly want to know the latest on the Alzheimer’s crisis in America.

What Is Alzheimer’s Disease?

According to the Alzheimer’s Foundation of America (AFA), Alzheimer’s disease is a progressive, degenerative disorder that attacks the brain’s nerve cells, or neurons, resulting in loss of memory, deterioration of thinking and language skills, and behavioral changes. These neurons, which produce the brain chemical, or neurotransmitter, acetylcholine, break connections with other nerve cells and ultimately die. For example, short-term memory fails when Alzheimer’s disease first destroys nerve cells in the hippocampus, and language skills and judgment decline when neurons die in the cerebral cortex. Unlike many other diseases, such as AIDS, experts do not believe Alzheimer’s has a single cause. Instead, they believe the disease is multi-faceted with a number of factors influencing the development of the disease. The complexity of the disease makes finding a cure, and even effective treatment for those suffering from the disease, more difficult. While there are some medications on the market now that help slow the cognitive decline that is the hallmark of Alzheimer’s for some people, we are not yet close to finding a truly effective treatment regime, much less a cure.

Facts and Figures on the Alzheimer’s Crisis

Every year the Alzheimer’s Association publishes new figures relating to Alzheimer’s in America. The following are new figures for 2018, with comparisons from 2017and estimates for the future when available to help you see how the disease is increasing in frequency and cost.

Please feel free to download our FREE estate planning worksheet. If you have questions or concerns regarding how to plan for the possibility of developing Alzheimer’s disease in your estate plan, contact the experienced Illinois elder law attorneys at Hedeker Law, Ltd. by calling (847) 913-5415 to schedule an appointment.