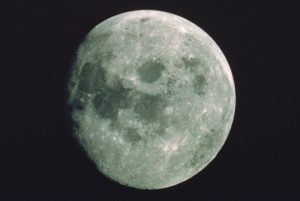 Even if you are not old enough to actually remember the first moon landing, you have undoubtedly heard about it, which means you know the name Buzz Aldrin. Aldrin was a member of the Apollo 11 crew that landed the first two humans on the moon, joining Neil Armstrong on the lunar surface in July 1969. Now, at the age of 88, he has filed a lawsuit against his own children claiming, among other things, that they are misusing his finances.  Celebrity stories such as Aldrin’s lawsuit serve as a wake-up call for anyone who has yet to include incapacity planning in their estate plan.

According to a recent news story, Apollo 11 moonwalker Buzz Aldrin is suing two of his children and a former business manager, accusing them of misusing his credit cards, transferring money from an account and slandering him by saying he has dementia. Aldrin’s lawsuit filed earlier this month in a Florida state court asked a judge to remove his son Andrew from control of his financial affairs, social media accounts and several nonprofit and business enterprises. Andrew Aldrin had been a trustee of his father’s trust.  Aldrin claims that two of his children and his former manager have taken advantage of their roles in managing his assets, and are exploiting the elderly. He says the Buzz Aldrin Space Foundation is using its finances against his wishes by funding “future educational endeavors” instead of current ones. Furthermore, the former astronaut claims the family and former manager have forbidden him from marrying someone and that they are transferring money from his accounts without his knowledge or consent, in some cases to his company Buzz Aldrin Enterprises.

Aldrin has a revocable trust with his son Andrew named as trustee, created in October 2016, and it states Andrew must give written permission before any changes can be made, according to The Wall Street Journal. In the complaint, Aldrin alleges that despite revoking the power of attorney he had given his son, Andrew Aldrin continued making financial decisions for him. “Specifically, defendant Andrew Aldrin, as trustee, does not inform plaintiff of pending or future business transactions, removes large sums of monies from plaintiffs accounts and continues to represent plaintiff in business and social capacities despite plaintiff’s repeated requests for such representations to be terminated,” the lawsuit said.

Aldrin accused his daughter Janice in the lawsuit of not acting in his financial interests and conspiracy, and he accused his former manager, Christina Korp, of fraud, exploitation of the elderly and unjust enrichment. Also named in the lawsuit are several businesses and foundations run by the family.

Andrew and Janice Aldrin are trying to become his guardians, claiming he suffers from memory loss and confusion. They filed a petition in Florida state court in May, claiming their father was incapacitated. They claimed he was associating with new friends who were trying to alienate him from his family and that he had been spending his assets at “an alarming rate.”

With regard to the lawsuit filed by Aldrin, his children said in a statement that “these allegations are products of the increased confusion and memory loss that Dad has demonstrated in recent years,” and that they can be refuted by witnesses and bank or corporate records if necessary. “We are committed to protecting him, his reputation and his legacy,” they said. “Our work together on this foundation is testament to that.”

As is common procedure in a guardianship case, court-appointed mental-health experts are set to evaluate Aldrin’s competency.  In April, however, Aldrin underwent his own evaluation conducted by a UCLA psychiatrist, who concluded he was capable of managing his own finances and health.

In a statement, Andrew and Janice Aldrin said they’re saddened by the “unjustifiable” lawsuit.  “If nothing else, our family is resilient and our ability to work together to solve problems and accomplish great things is strong,” the Aldrin children said. “We love and respect our father very much and remain hopeful that we can rise above this situation and recover the strong relationship that built this foundation in the first place.”

Please join us for a FREE upcoming seminar. If you have questions or concerns regarding estate planning, guardianship, incapacity planning, or elder law, contact the experienced estate planning lawyers at Hedeker Law, Ltd. by calling (847) 913-5415 to schedule an appointment.