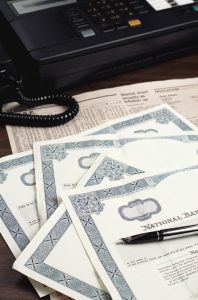 One of the most common reasons given for not having an estate plan in place is the (mistaken) belief that one is only needed if you have considerable assets. Following that logic, you might assume that anyone who does have substantial assets would have a well thought out plan in place. In reality, however, that is not always the case. In fact, some very well known and well off celebrities have died and left behind estate planning disasters. The rest of us can learn some important lessons from the heartache, conflict, and struggles their loved ones were faced with as a result of their estate planning mistakes.

Michael Jackson’s death in June 2009 touched off a string of ongoing court battles over his estate, now worth $600 million. Among Jackson’s biggest estate planning mistakes was creating a trust but failing to fund it. Absent a properly funded trust, Jackson’s beneficiaries have wound up numerous times in probate court, the estate is still open, and all things concerning it are subject to court approval.  A simple Pour Over Will, which “pours over,” or transfers, all estate assets into a trust at the time of death, could have prevented this disaster.

The famous singer known simply as “Prince” died at the relatively young age of 57 back in April of 2016. Along with being shocked at the “Purple Rain” singer’s death, people were also shocked that he had not executed even a basic Last Will and Testament prior to his death. Now a Minnesota judge is deciding how to distribute Prince’s estimated $300 million estate among six siblings. Other potential heirs have surfaced, too, including a federal inmate claiming to be Prince’s son. When someone dies without so much as a basic Will in place, the state intestate succession laws dictate how the estate is distributed. Prince may, or may not, have wanted his siblings to share his estate equally. Executing a Will would have ensured that his wishes were honored.

Songstress Whitney Houston had a Will when she died in 2012, but it was executed a month before the 1993 birth of Houston’s only child, daughter Bobbi Kristina Brown. Houston never updated her Will. By the time of her death, her fortune had climbed to $20 million and her daughter, Bobbi Kristina, was 18 years old. Under the terms of the old Will, Bobbi was to receive 10 percent of the estate – $2 million — when she turned 21 and the remainder at a later time. Unfortunately, failing to update her Will meant that Houston failed to consider whether her daughter was mature enough to handle millions of dollars at the young age of 20 years old. Sadly, Bobbi Kristina got the $2 million but never received the rest of her inheritance because she died in 2015, also as a result of drowning and drug intoxication. Had Houston taken the time to update her estate plan, she could have created a trust to help protect and manage Bobbi’s inheritance.

After actor Heath Ledger died in January 2008, reports surfaced that he had failed to update an old Will created before his daughter was born. As a result, Ledger’s entire $20 million estate went to his parents and three sisters. Fortunately for everyone involved, relatives revealed in late 2008 that all of Ledger’s money would go where he would have wanted — to daughter Matilda Ledger, whose mom is actress Michelle Williams. His daughter, however, could have been left with nothing as the beneficiaries are not legally obligated to do anything for his daughter.  A well drafted Will should always have language that references any natural born children, adopted or stepchildren, and any offspring you may have in the future. By including them even before they exist, you know they are accounted for from the moment they do exist.

The Sopranos actor James Gandolfini was reportedly worth $70 million when he died in June 2013 of a heart attack while on vacation in Rome. He executed a Will prior to leaving on his vacation that provided for his widow, daughter, and two sisters; however, Gandolfini didn’t incorporate tax avoidance strategies and tools into a comprehensive estate plan. Consequently, the estate ended up paying federal and state estate taxes at a hefty rate of 55 percent. Gandolfini could have taken s little extra time and included some tax avoidance strategies with his Will that would have saved his estate, and consequently his loved ones, a considerable amount of money that went to Uncle Sam instead.

Please join us for a FREE upcoming seminar. If you have questions or concerns regarding estate planning, contact the experienced Illinois estate planning attorneys at Hedeker Law, Ltd. by calling (847) 913-5415 to schedule an appointment.