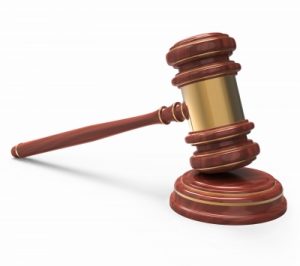 When Richard Pryor passed away in 2005, the world lost one of its funniest – and most controversial – comedians. As is often the case when a large estate is involved, Pryor’s death triggered a family feud that was ignited again recently following comments made about Pryor by Quincy Jones. Whether you agree with the outcome of the litigation or not, the facts and circumstances that led to the litigation provide some valuable estate planning lessons for all of us.

The latest round of feuding between Richard Pryor’s widow and his daughter followed comments made by Quincy Jones in an interview. Quincy inferred that Marlon Brando slept with Richard Pryor and Marvin Gaye.  Pryor’s widow, Jennifer Lee-Pryor, all but conferred the validity of the inference on Twitter.  Pryor’s daughter, Rain, lashed out at Jennifer on social media, calling her a “bottom feeder.” Pryor’s sexuality isn’t important for estate planning purposes. What is important, however, is what led up to the recent round of the family feud.

Richard Pryor married seven times to five women with each marriage, except the last, spanning about a year. Jennifer Lee-Pryor was both Richard’s fourth wife and his seventh, and final, wife. Her final marriage to Richard lasted from 2001 until his death in 2005.  Richard also married another woman twice in case you are keeping count. Although Richard and Jennifer did not have any children together, Richard had seven children from six different women.  Both before and after Pryor’s death, at least three of the children — Richard, Jr., Elizabeth, and Rain — have actively feuded with Jennifer.

How Pryor’s Estate Ended Up in Probate Litigation

As Pryor’s multiple sclerosis caused him to deteriorate, he hired Jennifer to oversee his caregivers and act as his personal manager. Consequently, Jennifer moved from New York to Los Angeles in 1994 to take care of him and manage his affairs, in exchange for a salary and rent. In 2000, Richard, Jr., filed for conservatorship of Pryor.  He alleged his father had deteriorated to the point that he could no longer make decisions for himself and complained that Jennifer limited access, at times refusing to allow Richard, Jr., to see his father.  Jennifer fought back that Pryor had picked her and an accountant to make his decisions as agents under power of attorney documents, and also as co-trustees of Richard Pryor’s Trust.  She contended that Pryor was well-cared for and a court-appointed conservator was not needed.  The probate judge overseeing the case ruled in Jennifer’s favor.

Shortly after that, Richard Pryor and Jennifer married for the second time.  In an unusual move, they applied for a “confidential” marriage certificate.  Unlike most marriage certificates, this one was not made a matter of public record.  Reportedly, Jennifer did not tell Pryor’s children of the marriage. Afterward, Pryor amended his trust, naming Jennifer as the primary beneficiary and the person with the right to control all of his intellectual property — including his name and image rights, and royalties from his comedy albums and performances.  These changes to the trust left Jennifer in complete control, both before and after Pryor died.  He passed away from a heart attack in 2005 at age 65.  Estimates placed the total value of the Richard Pryor estate at around $40 million at the time.

When Pryor’s eldest children found out about the marriage and the trust changes, some of them filed suit against Jennifer, with Elizabeth leading the charge.  She accused Jennifer of elder abuse, fraud, forgery, and taking advantage of Richard’s weakened mental and physical state.  She filed the legal proceedings in 2006.  As with the prior court proceedings Jennifer prevailed in probate court, in large part because she was the widow.

Elizabeth then appealed to the California Court of Appeals.  She argued that the marriage was the product of fraud and should be annulled.  She also invoked California’s statute prohibiting gifts and bequests to caregivers. The Court of Appeals ruled that Elizabeth did not have standing to seek an annulment, because under California law, such a legal proceeding could only go forward if one of the spouses had filed the case before death.  Therefore, the marriage was upheld as valid.  This ruling allowed Jennifer to use an exception to the law prohibiting gifts to caregivers if the caregiver was a spouse.  Because Jennifer was legally married to Pryor, any gifts or bequests he made to her, through his trust or otherwise, were protected.

The secrecy of Jennifer’s marriage to Richard may raise questions; however, because she was married to Richard at the time of his death she ultimately has the law on her side. In addition, the fact that Pryor appointed her to a position of control so long before his death tends to indicate his trust in her. Had she entered the picture closer to his death, the probate litigation might have ended differently. What the story should emphasize to anyone engaged in estate planning is that the law defers to a spouse, when possible and that controversial changes to an estate plan should be made as far ahead of time as possible to thwart claims that you lacked capacity or were subject to undue influence.

Please join us for a FREE upcoming seminar. If you have questions or concerns regarding estate planning, contact the experienced estate planning lawyers at Hedeker Law, Ltd. by calling (847) 913-5415 to schedule an appointment.