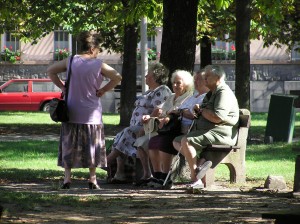 Making the heart-wrenching decision to seek long-term care for an elderly loved one is never easy. Choosing what appears to be the right facility to provide the level of care you want for your loved one can be a long, and stressful process. Once your loved one is settled in though, the worst should be behind you right? Maybe not. Imagine getting a phone call a few months later informing you that your loved one has been “involuntarily discharged” from the nursing home. If you aren’t sure what this means, you are not alone. Many people do not even realize the practice exists. Unfortunately, it not only exists, but it happens often enough that legislators have introduced a bill into the State House aimed at ending the practice of hospital dumping in the state’s nursing homes.

Is Your Loved One at Risk for the Practice of “Hospital Dumping?”

Since 2010, the State of Illinois has imposed some of the highest standards in the nation on nursing home with regard to staffing levels. Despite the 2010 law, understaffing remains a serious problem in Illinois nursing homes. The lack of adequate staffing often leads to involuntary discharges, or what is known within the industry as “hospital dumping.”

Take, for example, the case of Rosie Mae Bean. Bean suffered from Alzheimer’s disease. She was a resident at Belhaven in the Beverly neighborhood for six years; however, last May staff told her niece she was having trouble breathing and she was transferred to a hospital. According to her niece, Dolly Bean, “Blood work, everything came back they said there is nothing wrong.” Bean waited with her aunt to be taken back to the nursing home. She said she waited and waited and they never came. “She’s just abandoned,” she said. An investigation by the Illinois Department of Public Health found it was an “involuntary transfer” and the facility “committed violations.” For the family, it was “devastating,” said Dolly Bean.  Rosie Bean was eventually moved to a different facility where she died five months later.

Bean’s story is far from unusual. Mary Rabbe died from complications related to Alzheimer’s in 2015.  Before her death, she moved between several different long-term care facilities in the Springfield area, including five nursing homes, a 10-day stay at a hospital psychiatric ward, and three visits to the E.R., all in less than three years. Her surviving son, Jerry Rabbe, says the facilities where she was staying kept kicking her out. “They said she was a fall hazard, and they couldn’t care for people that were going to be falling down all the time,’ he said. Rabbe says he heard from facilities that they didn’t provide one-on-one care. “One person had to take care of 10 or 15, who knows how many,” he said.

Can a New Law Help?

Recently, State House committee members advanced a bill designed to keep nursing homes from operating understaffed. The hope is that if nursing homes are properly staffed, the practice of “hospital dumping” will stop. At an Illinois House Human Service Committee meeting there was testimony about legislation to require more nursing home staffing and reduce involuntary discharges. “It will end the practice of what is called ‘hospital dumping,'” Illinois Rep. Emanuel “Chris” Welch, said. Those representing nursing homes testified that the bill could result in facilities paying fines instead of hiring more workers. “It has a lot of very punitive language in it and has incredible amounts of fines,” Matt Hartment, with the Illinois Health Care Association, said. A committee member also expressed concern that the bill would force too much regulation. “Many of our rural facilities will close,” Illinois Rep. Norine Hammond said. Despite some opposition, the bill passed the committee and could go before the full House as early as this April.

If you have questions or concerns regarding an involuntary discharge, or any other legal issues relating to nursing home care a loved one has received in the State of Illinois, contact the experienced Illinois elder law attorneys at Hedeker Law, Ltd. by calling (847) 913-5415 to schedule an appointment.