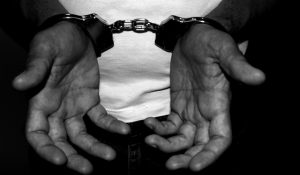 A prominent Illinois businessman and nursing home operator, Philip Esformes, was recently arrested in what may turn out to be the largest Medicaid/Medicare fraud scheme ever to be uncovered in the United States. Esformes was arrested at one of his $2 million estates on the Miami Beach waterfront and placed in immediate detention. He has since been denied bond despite repeated requests and pleas from various supporters. Esformes is accused of orchestrating an unprecedented $1 billion Medicaid and Medicare bribery and kickback scheme that has allegedly been going on for many years at his various nursing home facilities throughout the United States.

“This is the largest single criminal health care fraud case ever brought against individuals by the Department of Justice,” Assistant Attorney General Leslie Caldwell said at a July 22 news conference announcing the charges.

According to a recent news report, the Esformes empire, which has its headquarters in Lincolnwood, Illinois, has been has the subject of Justice Department probes and news media investigations into allegations of patient abuse, corruption and substandard conditions at their Illinois, Florida and Missouri nursing home facilities for the last two decades. During that time, Esformes and his father and business partner, Morris Esformes, took in millions of dollars annually from federal programs for the sick and disabled. Meanwhile, both father and son became known as quite the prominent philathropists, millions of dollars to synagogues, schools and medical facilities in the United States and Israel.

The new federal indictment alleges that Philip Esformes and a handful of Miami co-conspirators bilked Medicaid and Medicare for 14 years by cycling some 14,000 patients through various Esformes facilities, where many received unnecessary or even harmful treatments. Drug addicts were even allegedly lured to the facilities with promises of narcotics. According to prosecutors, some of those drug addicts were provided OxyContin and fentanyl without a physician’s order as a way to entice them to stay at one of the Esformes facilities. One patient, known in court documents as “S.J.,” claims she was offered a bed at Esformes’ Oceanside Extended Care Center “because she was homeless and looking for a place to stay. S.J. did not get or even need the skilled nursing services that were billed to Medicare on her behalf by Oceanside Extended Care,” federal authorities wrote. “Instead, the Esformes Network fed her narcotic addiction in order to use S.J. as a pawn to steal from Medicare.”

In another example, Esformes allegedly instructed a co-conspirator to “bribe a state (Florida) regulator” so Esformes could learn in advance which facilities inspectors planned to visit, and “modify and falsify files at his facilities before state regulators inspected.” Moreover, when authorities raided one Esformes nursing facility on the day of his arrest, a resident approached the agents and said she had been “punched in the stomach when she made a complaint about the poor services rendered at the facility.”

The indictment also alleges that Esformes provided kickbacks to corrupt medical professionals, including perks such as “high-end escorts” who were flown to Orlando and chauffeured in limousines for liaisons with Esformes at the Ritz-Carlton Hotel.

It should come as no surprise that Esformes has repeatedly protested his innocence, claiming that his $78 million net worth is the result of nonstop labor instead of corrupt practices. “Philip Esformes is fighting hard to obtain his release on bond and to clear his name,” said his attorney Michael Pasano. “Mr. Esformes stands by his lifelong record of hard work and success, of providing quality service to people in his nursing homes, and of helping persons in need. He adamantly denies any wrongdoing and promises to fight vigorously to show the truth behind the lies being brought against him.”

Despite pledges of collateral and an offer to live under home confinement with 24-hour monitoring by a staff of off-duty police paid at his expense, highly restricted visitations limited to family and religious leaders, and no internet or cellphones, the court has yet to grant Esformes a bond based on prosecutor claims that he might flee the jurisdiction and/or obstruct justice if released pending trial.  As evidence of their concern, prosecutors revealed a secretly recorded conversation in which Esformes allegedly offered to fund a co-conspirator’s flight from the United States so the man could avoid trial. During that conversation, Esformes explained how he could siphon off federal health care dollars to help the co-conspirator flee the U.S. by inflating the costs of new furnishings at a nursing home.

The federal indictment is not Esformes’ only legal problem. In addition, 20 wrongful death lawsuits have also been filed just over the last three years against seven of Esformes’ facilities in Miami-Dade County alone. Four of those facilities were also on Florida’s watch list of troubled facilities. In addition, inspectors from Florida’s Agency for Health Care Administration cited Esformes facilities for safety violations in two separate instances last year when patients wandered away and died.  In one case, a 75-year-old patient, who walked slowly with a cane, drowned in a nearby lake; however, the facility could not explain to inspectors how he got out. The other resident, who suffered from a severe mental disorder, wandered into traffic and was fatally struck by a car. In that case, the facility failed to alert police or relatives that the patient was even gone from the facility. In yet another allegation of wrongful death scenario that occurred in 2013, a nurse walked into a room at 7 a.m. to find 73-year-old hospice patient Robert Lee Verser beaten to death, with his 41-year-old roommate, Michael Poole, standing calmly nearby, according to official reports. The victim’s family claimed in a lawsuit that the victim should not have been housed with a younger man who had a record of violence. Furthermore, facility staff failed to notify Poole’s psychiatrist that Poole had repeatedly refused to take his antipsychotic medication.

If you have additional questions or concerns regarding Medicaid, contact the experienced Illinois estate planning attorneys at Hedecker Law, Ltd. by calling (847) 913-5415 to schedule an appointment.