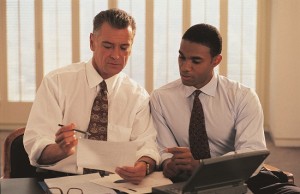 At some point during your retirement years there is a very good chance that you, or a spouse, will need long-term care (LTC). Although you may prefer not to dwell on the possibility that you will end up in a nursing home, failing to plan for it could result in unwanted financial ramifications. Specifically, you could be forced to “spend-down” your estate assets in an effort to qualify for Medicaid benefits. To help you understand the importance of including Medicaid planning in your estate plan, Lincolnshire Medicaid attorneys explain the Medicaid spend-down rules.

Will You Need LTC?

No matter how healthy and capable you may be right now, there is a chance that you will need nursing home care at some point down the road. Americans are living much longer now than they did just a century ago. In fact, the average life expectancy has almost doubled in the last 100 years. Living longer, however, doesn’t mean that the natural aging process has disappeared. It simply means that most of us live longer after we retire. At the time you retire (age 65), you will stand a 50 percent chance of needing LTC at some point in the future. Those odds continue to increase as you age. At age 85 your odds of needing LTC before you die will have increased to a 75 percent chance.

What Will LTC Cost You?

As of 2016, the average cost of a year in LTC nationwide was $80,000. Average LTC costs in the State of Illinois run very close to the national average at about $72,000 a year.  Those costs will continue to climb, according to experts, as the American population braces for the largest group of “older adults” in the history of the nation.

Why Will You Need to Qualify for Medicaid?

The real issue with LTC costs is that in most cases, neither Medicare nor your basic health insurance coverage will pay for LTC expenses. Medicare only covers LTC costs in very limited circumstances and then only for a short period of time. Most health insurance policies only cover LTC if you purchased a separate LTC policy at an additional cost. The good news is that Medicaid does help with expenses related to LTC. The bad news is that uncles you planned ahead, you may not qualify for Medicaid without putting your heard-earned assets at considerable risk.

When you apply for Medicaid as a senior, both your income and the combined value of all your non-exempt assets will be considered. If your assets exceed the limit – which is easy to do given that the limit is as low as $2,000 – Medicaid will impose a waiting period during which time you must “spend-down: your assets. In essence, this means sell your assets and use the proceeds to pay for your LTC until Medicaid finds you eligible. The length of the waiting period is determined by taking the amount of your excess assets and divide it by the average cost of a month in LTC in your state. For instance, imagine you have $100,000 in non-exempt assets and that the average cost of a month of LTC is $6,000. Remember that you can have $2,000 in non-exempt assets, making your excess assets $98,000. When you divide $98,000 by $6,000 you get 16.33. Your waiting period would be 16 months with the idea being that you would “spend-down” (sell and use the profits) of the $98,000 to pay for your LTC during the waiting period.

If you have additional questions or concerns regarding the  spend-down rules for Medicaid and how they might affect you in the future, contact the experienced Illinois Medicaid planning attorneys at Hedeker Law, Ltd. by calling (847) 913-5415 to schedule an appointment.