Home / General / Do You Have Any of the Known Risk Factors for Alzheimer’s Disease? 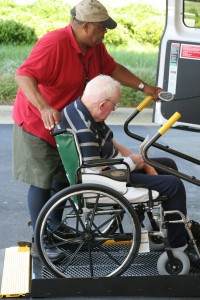 Most people know that Alzheimer’s disease is more common now than it was in years past; however, the facts and figures relating to the disease may still shock you:

Given the rate at which Alzheimer’s disease is striking the country’s older population, physicians and scientists are working overtime to figure out how to predict, prevent, treat, and cure the disease. For now, experts tell us that there are some risk factors that appear to increase your odds of developing the disease at some point down the road, including:

If you have any of these known risk factors, consult your primary care physician early on and discuss what you can do to prevent developing the disease and/or control and combat the symptoms if you do develop the disease.

If you have additional questions or concerns regarding the legal issues that often accompany a loved one with Alzheimer’s disease, contact the experienced Lincolnshire elder law attorneys at Hedeker Law, Ltd. by calling (847) 913-5415 to schedule an appointment.